The American Junior Golf Association is proud to announce Mayakoba, a 620-acre resort and residential destination in Mexico’s Riviera Maya, as the newest Official Partner of the AJGA. Mayakoba will be designated as the ‘Official Resort of Mexico’ for the AJGA. 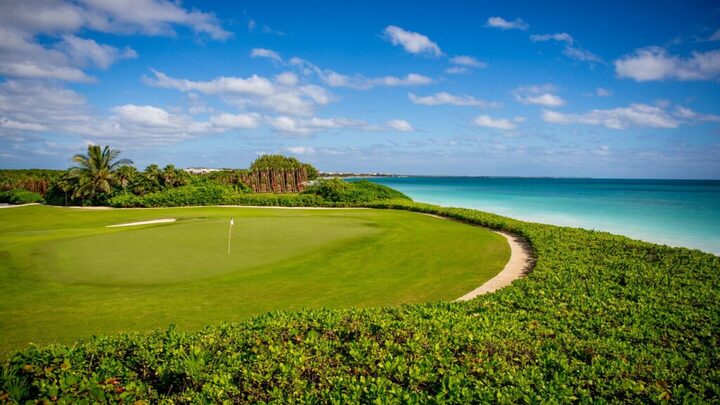 Playa Del Carmen, MX – The American Junior Golf Association is proud to announce Mayakoba, a 620-acre resort and residential destination in Mexico’s Riviera Maya, as the newest Official Partner of the AJGA. Mayakoba will be designated as the ‘Official Resort of Mexico’ for the AJGA.

The five-year long partnership will include the annual Mayakoba Invitational hosted at El Camaleón Golf Course, the home of the PGA TOUR’s World Wide Technology Championship at Mayakoba. The 54-hole stroke play event will bring the top-72 boys from around the world to compete each April at El Camaleón. This is the first AJGA stroke-play Invitational to be held outside the United States.

To host an invitational event from the best junior golf tour in the world is a tremendous honor. We at Mayakoba, under the leadership of RLH Properties’ CEO Borja Escalada, continue our passionate growth for the game of golf in Mexico. What this event will bring to Mexican junior golf in the future will truly be amazing. I want to thank Jason Etzen and Mark Oskarson for all their help in making this happen. We cannot wait to get started.

The 2023 Mayakoba Invitational marks the first time the AJGA returns to Mexico to host an event since the Mayakoba Junior Golf Classic which ran from 2007 to 2010.

The winner of the Mayakoba Invitational will receive an exemption into the World Wide Technology Championship at Mayakoba, making it the only PGA TOUR exemption offered at any AJGA event on the schedule.

“We are proud to partner with Mayakoba for the next five years and bring an AJGA event back to Mexico. We appreciate Borja Escalada for helping to make this event possible through 2027,” said Jason Etzen, AJGA Chief Business Officer. “We thank the World Wide Technology Championship at Mayakoba for the opportunity for one of our members to earn an exemption into a marquee PGA TOUR event.” 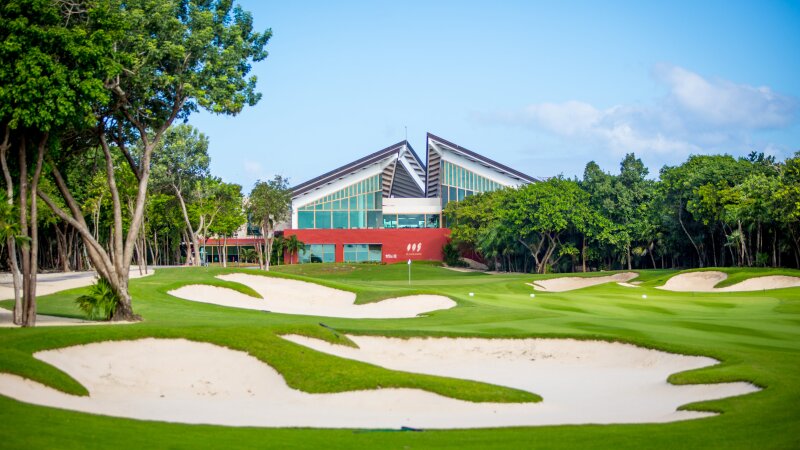 Mayakoba and El Camaleón made golf history in 2007 when it hosted the first PGA TOUR event to be played outside the United States. AJGA alumnus Viktor Hovland is a two-time winner of the World Wide Technology Championship at Mayakoba. He took home the title in 2021 and 2020, as well as setting the tournament 72-hole scoring record in 2021. Other alumni champions of the PGA TOUR event include Matt Kuchar, Harris English, Charley Hoffman, Patton Kizzire, and Brendon Todd.

The four-day Mayakoba Invitational will also include a Junior-Am fundraising tournament. The Junior-Am, similar in format to a LPGA or PGA Tour Pro-Am, is a fundraising opportunity designed to give back to a local charity and the AJGA’s Achieving Competitive Excellence (ACE) Grant.

For more information about Mayakoba and El Camaleón, visit their website here or to learn more about the AJGA visit online through Facebook, Twitter or at www.ajga.org.

Nestled in the Mexican Riviera Maya, Mayakoba is a 620-acre resort and residential destination surrounded by the natural beauty of lagoons, jungle, tranquil waters and a sugar sand beach. Four meaningfully placed luxury hotels can be found within Mayakoba – Andaz Mayakoba, Banyan Tree Mayakoba, Fairmont Mayakoba and Rosewood Mayakoba – each with distinct personalities and amenities, perfectly complementing one another, and three collections of private residences, including Rosewood Residences Mayakoba, Fairmont Heritage Place Mayakoba, and The Reserve at Mayakoba. Within the coveted destination are a wealth of lifestyle experiences including four acclaimed spas, more than 25 restaurants with eclectic cuisines and a village square that serves as an event space modeled after the historic colonial plazas in Mexico. In addition, guests have access to a three-mile-long nature trail and spectacular 18-hole golf course designed by renowned architect and PGA TOUR legend Greg Norman, which is home to the World Wide Technology Championship at Mayakoba, first PGA TOUR tournament in Mexico.

Designed by legendary Australian golfer Greg Norman, El Camaleón at Mayakoba was inaugurated in 2006. Like the chameleon, from which it takes its name, the course offers constantly changing views as it winds through three diverse ecosystems: the tropical Mayan jungle, mangrove wetlands and the Mexican Caribbean Sea coastline. Distinctive hazards such as cenotes (sink holes), extensive bunkers and crystal-clear fresh water canals are unique features of El Camaleón, certified by Audubon International for its commitment to the environment.

El Camaleón is also home of the only Jim McLean Golf School in Mexico and one of the top Golf Schools in America. The finest technology featuring Trackman, JC Video Analysis and other golf technology, allow instructors not just to learn, but to improve your game as much as you want. Also, its restaurant Koba Casa Club will give you the final touch to an unforgettable day of golf with spectacular views of the finishing hole, and fine dining based on fresh, local and high-quality products.